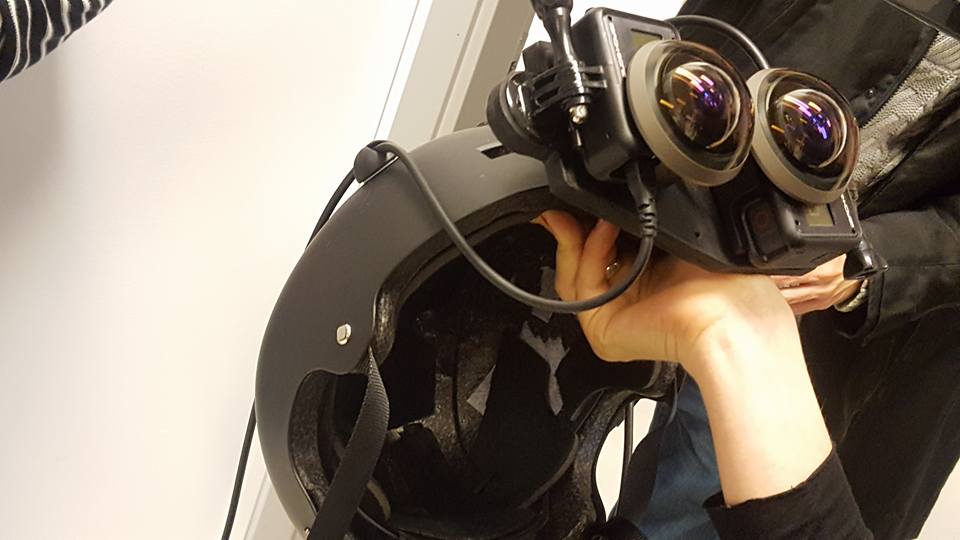 In pre-production of a total digitalization of The Emapthy-games for schools, for tv and computer and for professionals. Working together with a conceptualizer and a digital strategist on this.

Finishing our second game in the Make Happy-trilogy the DoGoodGames-series of VR-Empathy games for teenagers about bullying, that we began working on in 2016. Together with 3d artist Johan Olsson, Studio-e and programmer Alexander Gesse.

In october we are also learning more about the sweet spot between VR-live action/360 and VR-3d/360. Bombina Bombast in Malmö, Sweden are our guides in that.

We now have a tv-series treatment!!! 🙂 …for the series Finding your way home about digging deeper into what empathy means when it comes to friends AND enemies… Developed by Jannike Grut , from Do Good Games alongside with film director Richard Jarnhed  http://jarnhed.com/!

This will now be transformed into a script, also prepared for the transition to a computer-Empathy game for kids 7-12 years. Looking forward to that!

And we´re continuing with the second game in the series about bullying! In the schoolyard – no one can hear you scream.

May 4, we were at Storytech in Gävle Sweden and let people play our first VR-games in the series, Make Happy. That was good fun!

Meetings in Stockholm around innovation  and VR, will take place around mid-may.

31 of march there is a showing of Virtual Reality games, films and experiences the last day of  Get on line week  http://digidel.se/gow/ where Do Good games participate and also make people try the VR game Make Happy – the first game of three in the VR Empathy games series about bullying.

2017 we also finish the Do Good games series VR-Empathy games for teenagers about bullying that we started off in 2016.

VR-filming and VR-games in Helsingborgs bibliotek 2016/2017. Do Good Games Jannike Grut is since 2016 collaborating with Helsingborg library in the south of Sweden, with their workshop for kids between 8-12 years, in the IT- workshop. Jannike will come two more times to the library IT-workshop, in April and May – and it´s free and open for all kids! Welcome 27th april and the 4th of May.

Update spring 2016  Spring continued at a furious pace for Do Good Games after the participation at the Nordic Games convention in May.

We started to produce the second empathy game in our series of Virtual Reality games about bullying for teenagers, and met with a focus group of teenagers for the work. Do Good Games Jannike Grut, along with film and tv-series director Richard Jarnhed worked with a empathy computer-game for kids 7-12 years, which will be based on a tv-series, that is also in the making.

During late autumn and winter, we´ll continue and finish the second game of the Do Good games series VR empathy games for teenagers about bullying, In the schoolyard no one can hear you scream.

THE LAST YEAR, month by month…

2016 September Do Good Games by Moderna Teatern with Jannike Grut and colleague Ingela Mauritzon made it to the final of the accelerator BARCAMPER – as one of 11 projects, out of 144!  The focus in the project pitched now, is mainly at Empathy training for professionals in healthcare.

The final of the pitch- and accelerator process is a public presentation in front of a pitch-jury at Ideon Science Park in Lund, at the 29th of September 3 pm (15.00). We look forward to this!!

2016 August Selected again and participated with the Empathy training for professionals, in the Italian accelerator Barcamper and Swedish The Creative Plot in colaboration.

2016 June is selected to and participated in pitch nr 2, a workshop over 2 days with the accelerator Barcamoer.

2016 May Do Good Games does the first pitch to executives in the Italian accelerator Barcamper, pitching the Empathygames AND also Empathy training for grown-ups!

2016 May Do Good Games deepens the work with emapthy game nr 2 in the bullying-series: ”In the schoolyard no one can hear you scream”, testing parts of the design in GEAR, with teenagers and developing the graphics.

2016 May Do Good Games is selected to participate in the Indie Game Discovery Sessions at Nordic Games (18-20 May) where we present our DoGoodGames Empathy games-series for international investors and publishers.

2016 April Kulturting A meeting for Culture strategies in Ljusdal, Gävleborgs län, Sweden. Jannike Grut and Samuel Andresen from DoGoodGames are leading a workshop about Empathy games and training both IRL and in VR. People get to play the VR game Make Happy, DoGoodGames first game in a series of three about bullying and try a demo with Leap motion, where you can see your hands in the computer game even though your hands are still just waving in the air outside the computer (above the leapmotion camera…). Yes! It´s all seriously fun!

Starting the work with the second game in the series In the schoolyard no one can hear you scream… together with 3-d artist Johan Olsson from Studio-e in Helsingborg. Scary title – happy ending!

2016 March Do Good Games by The Modern Theatre is – together with other producers, filmmakers, scriptwriters, directors, youngsters as experts (!)  …and others from around the world, taking part of The financing forum for kids content

2016 February The Modern Theatre is attending the filmfestival in Berlin 10-17 february, to meet and network with other filmmakers and VR producers, also trying to find new people to collaborate with.

2015 November – December ”The program of ethics and empathy” for eight graders in school. Both IRL exercises and a VR experience.

2015 October Art biennale at Stenkrossen in Lund where we show one of our first prototypes.

2015 Awesome Bergman On September 7. We are participating in Awsome Bergman on Fårö, Gotland, Sweden, with participants from all over the world and from different industries. Seminar days with a focus on narratives, interactive dramaturgy in film and games. http://www.uniarts.se/aktuellt/nyheter/awesome-bergman Nordisk Panorama (Nordic Panorama).